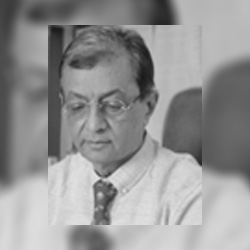 At 102 Years on her Feet Again

An elderly bengali female of 97 years was admitted at Zydus hospital with fall in bathroom and had intertrochanteric fracture neck femur right side. After investigation and getting fitness from physician we fixed this fracture. She started walking with stick after 4 months.Unfortunately after 1 year of 1st fracture she fell down again and sustained same fracture on opposite side. Her bones were osteoporotic. We again operated her for left fracture neck femur. She could sustained surgical trauma and started walking after 5-6 month. Today she is 102 years and walking with walker crutches in home only. She may be unique case in the world where in a patient being operated for both femoral neck fracture in late 90’s and had crossed 100 years and still walking with support. Our search for similiar case in international orthopedic literature could not give us any references of any such case reported !

Abstract :- fracture neck femur in elderly especially in late 90’s is known to have considerable mortality rate. In this case though she had fracture on both sides at age of 97 and 98 years, at ZYDUS HOSPITAL with our dedicated physician,anesthetic, and ICU consultants available round the clock we got a good result for her. We have done around 50 fracture neck femur fixation in patient above age of 80 years with multiple co-morbid conditions. Our 1 year follow up of operated cases of fixation of fracture neck femur above 80 years of age has shown around 8% mortality rate which is well below the rate reported in western literature. Though our series is small we are happy to share this.