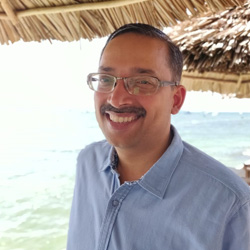 Around 3 years back I had started to my morning with my usual schedule and had arrived at the hospital at 8 o'clock and after my rounds was preparing to get ready for a scheduled case. Around 12 o'clock I got a call from our Emergency Room asking me to urgently review a case. When I went to the emergency room I saw a young man who must be in his 20s who appeared to be very critical. He was already being ventilated and had tube in his chest to drain blood and air accumulated in his chest.

As he was being shifted to the CT scanner for further assessment of his injuries I decided to talk to the emergency medicine consultant to find out his story so far. As he had been shifted from a peripheral hospital and was on the verge of having a cardiac arrest the consultant told me that even they had very little idea about his mode of injury but they were told by the ambulance crew that the patient had in industrial trauma and had apparently come in between the blades of a heavy machine. By the time the CT Scan was done he had stabilized a little bit after the initial resuscitative treatment given by the emergency department.

A further analysis of all his radiological results and clinical examination showed that he had sustained major poly trauma he had injuries involving his facial bones with multiple fractures all over in his body and also trauma to his eyes and brain .The injury which was needing the most urgent attention were the fracture ribs and underlying lung injury. As there was a lot of air leaking from his chest tube there was a high index of suspicion to rule out major airway injury.

A detailed analysis of the CT scan showed that his right main bronchus had sustained a tear which appeared to be partial. As it was increasingly becoming difficult to ventilate the patient due to the air leak we decided to take the patient to operating room and do a bronchoscopy urgently. The patient was shifted to the operating room and a bronchoscopy was done which revealed the presence of significant injury in right main bronchus which explained the reason for massive air leak and inability to ventilate the patient. In view of this it was decided to pass the endotracheal tube from the trachea into the left main bronchus so that we could ventilate the left lung ( one lung ventilation) and try and maintain his respiratory parameters. This would have given us sometime to stabilize the patient and also so give us some time to plan out for the surgical strategy. More importantly also give us time assess his neurological status. With single lung ventilation the air leak immediately stopped subsequently we shifted him to the ICU.

After a couple of hours his respiratory parameters and blood gases started to get better so our first step seem to be in the right direction. We decided to give him another 24 hours to assess neurological status and for the day and night we left him ventilated so that we could asses him again the next day. Next day when I came in the morning for rounds I was pleasantly surprised to see him fully awake and obeying all verbal commands being fully conscious. His blood gases had further improved overnight and now he seemed to be in a condition where we could consider him to be reasonably ok to be taken for a major surgery.

We took him to the operation theatre not sure what we are going to find inside but one thing was sure we were expecting it to be a very messy and big injury and there was every possibility that we may not be able to ventilate him while doing this repair in view of this we also had kept on Extra Corporeal Membrane Oxygenator (ECMO) machine ready. Incase if he was unable to maintain his ventilation during the surgery then we could perhaps put him on ECMO (which would supply his vital organs with oxygenated blood ),would give us more time and safety to carry on with repair on the bronchial tree. When I opened the chest I was shocked to see the right lung completely detached from the trachea and it was completely collapsed and lying in one corner of the chest cavity. There was complete transection of the right main bronchus just at the level of tracheal division (carina). Only lucky part was the lung tissue itself was not severely injured and the blood supply to the lung was intact.

After cleaning up the ends I re implanted the lungs back into the tracheo- bronchial junction and reinforce the anastomosis using the intercostal muscle flap .During the surgery, the repair looked good but one thing which is always precarious in these cases is the ability for the airway to heal as blood supply in this area is very less.

Fingers crossed this is the maximum which we could have done for a patient at this stage whether the lungs heal and whether the area anastomosis holds the test of time would be seen in next two weeks.

The next 10 days went very slowly as he remained very stable on the ventilator. His facial injuries clavicular injury and other injuries including eye injury were addressed to by my other colleagues. Almost three weeks after his injury, he was taken off ventilator and was immediately mobilized. Subsequently his tracheostomy was removed and he was ready for discharge almost after a month of his injury.

At the time of discharge we got to listen to his complete story and the grit and determination which kept him alive. He was checking out some machinery part when the machine was not working and one office colleagues came from outside and did not realize that he was inside the machine and by mistake switched it on and patient was caught inside the heavy machine with heavy compression on his chest wall. This anteroposterior sudden force caused rupture of the airway and also lead to multiple bony injuries. It took almost two hours for him to be removed from the machine and then subsequently be transferred from the factory to the local hospital and from there to our hospital it was almost 6 hours since the time he had an injury initially.

All throughout till the time he came to our hospital he was fully conscious and fully aware that he is going to die but he kept on telling himself that he will not give up and all throughout his stay in ICU and hospital he never complained about anything and to take each day as it came. It is almost 3 years now and every few months he calls up or visits us to tell us how grateful he is for his life. He has now fully recovered and is back to his productive life and is looking for greener pastures to move and settle with his brother in Australia.

Sometimes in life grit determination courage teamwork and God's grace can pull you through the gravest disasters. The message is - never lose hope in life, as they say it's Never Over until it's all over.