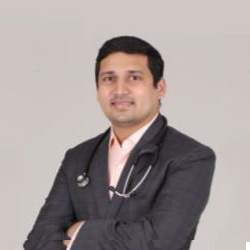 The Beauty of Hope

A 2 year old child was playing alone outside the house. Suddenly she came crying to her mother, complaining of severe pain in the abdomen. She seemed to be in a lot of pain. Her mother gave her home based treatment but she was not relieved of the pain. She was taken to her local doctor who prescribed some medicine. She was still not relieved of pain.

She slept after crying and in unbearable pain. When she woke up after 2 hours, her mother noticed that she was drowsy, couldn’t open her eyes properly and was looking dull. Her mother felt this was not normal. The parents again took her to the paediatric doctor who examined and noticed that the child was not able to breathe properly. Doctor asked parents to immediately taker her to the nearest Intensive Care Unit (ICU). As she reached the ICU she was not able to move her limbs, she could hardly breathe and was put on ventilator. In a matter of hours i.e. from morning 11 am to 6 pm her health deteriorated. Her parents and doctors were not able to understand what was happening to her. She was an absolutely healthy child and Overnight she ended up on a ventilator. When senior doctors came to visit the following morning they explained to the parents that the child’s condition had deteriorated rapidly and she had slipped in to a coma and that her brain was not functioning properly. Under such conditions, it would be difficult for them to save her life.

Her parents wanted to give her the best possible treatment and take 2nd opinion for the baby. The admitting hospital transferred her to Zydus Hospitals, Ahmedabad on a ventilator support. Looking at all her clinic findings, we thought of some poisoning (envenomation) and a remote possibility of bleeding in the brain. We did a CT scan brain which didn’t reveal any bleed. Based on our clinical findings and past experience we thought its likely a neuroparalytic snake bite (neurotoxic snake bite). She was administered supportive care by shifting her to the Paediatric ICU, continuing ventilatory care and rest of the management.

We administered anti dote of snake envenomation. Parents were requested to allow us 3-7 days, as some of such patients may appear to be brain dead during such time period. As time elapsed, the patient started moving her fingers and tried to open her eyes. This raised our hopes of improvement.

There was still no sign of movement in the limbs. However, with time there was improvement in eye movements and eventually she started moving limbs also purposefully. With time she also regained her muscle power. She was taken off from ventilator after 10 days.

She was shifted to the room and discharged after 4 days. She was normal after 4 weeks of discharge.

The child was affected with neuroparalytic snake envenomation. It can be non-painful bite depending on the kind of snake without even a local reaction. This child had classical symptoms starting with no specific symptoms like irritability, abdominal pain followed by paralysis of all limbs, facial and eye muscles. It’s a life threatening condition and if not identified in time child dies of air hunger. Neuroparalytic snake envenomation is a treatable condition with good outcomes as in above case.