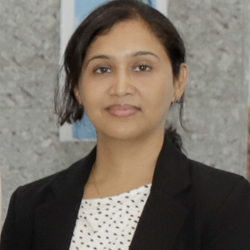 An engineer by profession and cricketer by passion, this 26-year old native of Chhattisgarh works with in a reputed organization in Gujarat. One fine day while playing cricket on a weekend, he suddenly experienced blurry vision and black spots. He consulted an ophthalmologist to get his eyes checked. The most he expected was a change in the power of his glasses, got alarmed when the ophthalmologist diagnosed haemorrhages in his retina. Upon further evaluation, low haemoglobin, high WBC counts and low platelet count was revealed. This was believed to be the primary reason for his retinal haemorrhages.

Sensing signs of concern, his friends immediately suggested him to consult Zydus Hospital. Without any delay, he was admitted at Zydus hospital and further tests were done to establish the diagnosis. His preliminary reports suggested that he had aggressive blood cancer, also his kidney function was abnormal due to tumour lysis syndrome. His reports were worrisome and required urgent supportive treatment like platelet transfusion to prevent any further bleeding and reversing his kidney dysfunction which was started without any delay.

While we explained to the patient regarding his disease and the need to proceed with further testing in the form of bone marrow examination, he was staring at us in complete disbelief. He could not understand that how can he suddenly develop such aggressive blood cancer without any prior warning. On taking his detailed history he accepted that for the past few days he felt little weak and his appetite decreased but he continued with his daily routine. Being a blood cancer physician and treating this deadly disease for the past 9 years this was not the first time that I faced this question from the patient and their family members. Yes, it is true that some types of blood cancers especially acute leukemia do present suddenly like this and if not managed urgently can be life threatening also.

After convincing the patient we went ahead with further tests. Bone marrow examination suggested that we were dealing with Acute Leukemia but for further subtyping special tests like immunophenotype and molecular testing were needed. After a detailed discussion with the pathologist within 24 hours we made the diagnosis of Primary Plasma Cell Leukemia. Let me inform you that this is a very rare type of blood cancer and getting this cancer in such a young age is also very unusual. If you ask me the reason why our patient got it I would say it was due to complex interplay between his genetic make up, environmental factors and above all, his destiny.

Obviously he had many questions in mind like whether effective treatment was available, for how long was the treatment needed, what were his chances of cure and how long would he live. Answers were difficult as it was a rare disease and there was scarcity of high quality medical literature to guide us for the same. After detailed discussion with the family and explaining them about the available treatment options including the latest developments in the field we started him on treatment with immunotherapy and targeted agents. Over next 10 days patient improved dramatically, his reports were out of danger zone and so he was discharged. But he had a long way to go which he understood and complied with the treatment really well. It is very important that the patient is compliant with the treatment to get the best results. He completed 4 cycles of Immunotherapy without any side effects and then he underwent autologous stem cell transplant (bone marrow transplant) at our centre for a deeper treatment response. Unfortunately this is not the end of his treatment and for him to get cured he needs to undergo allogeneic stem cell transplant from his brother. He is now planned for an allogeneic stem cell transplant at our centre and I wish he sails through this also well as he did till now. Keeping my fingers crossed and with all my prayers and best wishes for him.

One needs to understand that all blood cancers are not the same, there are some which can be treated very successfully while there are others in which the treatment may not be that effective. Due to advances in the field of medical science and the availability of new and effective cancer treatment in form of immunotherapy, targeted agents and biologic agents we are able to treat blood cancer patients with better success rate.